Netherlands lost their Group 2 match in the Super 12 round to India by 56 runs on Thursday. The Dutch side choked India at the start with some disciplined bowling attack but fifties from Virat Kohli and Suryakumar Yadav eventually propelled the 2007 champions to set a target of 180 runs for Netherlands. In reply, the Dutch were restricted to 123 for 9 in 20 overs. Though Netherlands lost the game against India, their players were more concentrated on the fact that they got to play a game against a team like India, which is a rare opportunity for an associate member team in cricket.

The Netherlands players tried to learn as much as they could and a picture shared on social media by their pacer Fred Klaassen speaks the same.

Klaassen grabbed the golden opportunity to talk to legendary batter and current India head coach Rahul Dravid. After the game, the fast bowler shared a picture on Instagram in which he could be seen discussing something with Dravid.

“The Wall talking me through the defense,” wrote Klaassen while sharing his post.

Klaassen returned figures of 1 for 33 in four overs in the game. He claimed the wicket of Rohit Sharma.

On the other hand, another Netherlands pacer Paul van Meekeren said that he would one day love to narrate to his grandchildren how it felt like bowling to players of Virat Kohli and Rohit Sharma’s calibre in a World Cup game. Meekeren got the wicket of KL Rahul.

“You watched these players on TV about 100 times, and just to be there is very special. I think in the moment. I probably didn’t realise it as much, and it will probably sink in the next 24 hours,” the medium pacer said as quoted by PTI.

Asked about the kind of impact it has had on Dutch cricket, he called it massive.

“Again, it’s massive. The amount of media we got back home because we’re playing India was immense. Getting photos and messages from people in Holland, from family, about just the articles and I said about something this is a day I’ll tell to my grandkids hopefully. That’s what it is, playing against India,” he said.

Topics mentioned in this article 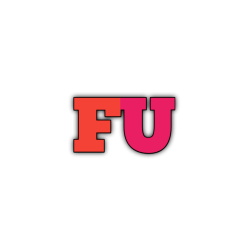 Hello, I’m Sunil . I’m a writer living in India. I am a fan of technology, cycling, and baking. You can read my blog with a click on the button above.